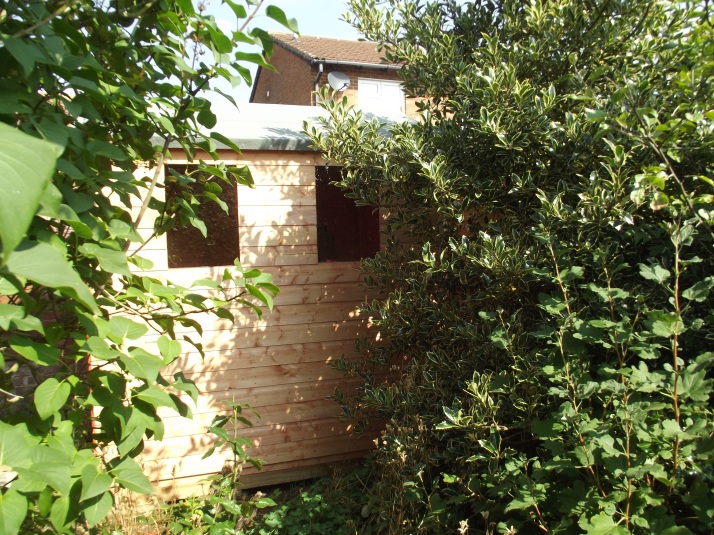 It’s been a very busy two weeks, here at the cottage. It started with the building of Larry’s new shed (see picture above) and it ended with our spending a few days with my eldest son in Bristol. In between times, the furniture and effects arrived from America and are currently standing in many boxes all around the cottage.

Consequently, we have been busy and exhausted at the end of each day and I have spent very little time on the computer. Apologies therefore if I haven’t visited you lately, but I will be doing the rounds shortly.

The shed went up very nicely and compliments the garden. I think every man (and woman) should have a shed (doghouse) to go into from time to time. Larry wanted his for a specific reason, which I cannot reveal at the moment. We also thought we may need some extra storage space for those boxes, which will have to wait to be unpacked.

During the upheaval of the shed construction, we decided that a small patio in front would be an advantage so L and J went to Homebase to buy some small paving stones to put in the space. On arrival back at the house, they began to unpack the stones and carry them into the back garden. Larry decided to remove his wedding ring and put it in his pocket so it wouldn’t get scratched. Somewhere between the car and the shed and the house, the wedding ring got lost. We all three of us spent the next few days looking for it to no avail. Finally, when we had almost given up, J decided to buy a metal detector to help to locate the ring.  It arrived from Amazon a few days later and the two men put it together and took it outside to search for the ring.  They didn’t find it down the alley, nor on the patio by the house. They did find three nails, which were useless, of course!

The metal detector was hopeless because it picked up everything and nothing. The beep was going off all the time. The neighbours must have wondered what on earth we were doing, crawling round the driveway at the front, peering down drains, metal detecting here there and everywhere. 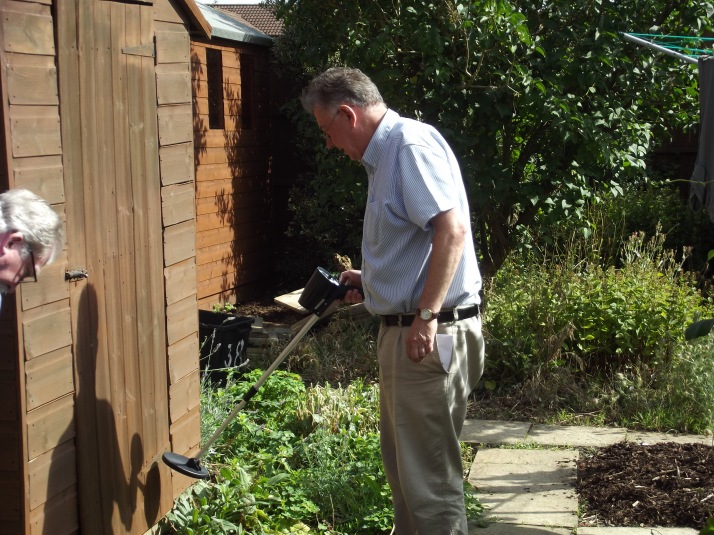 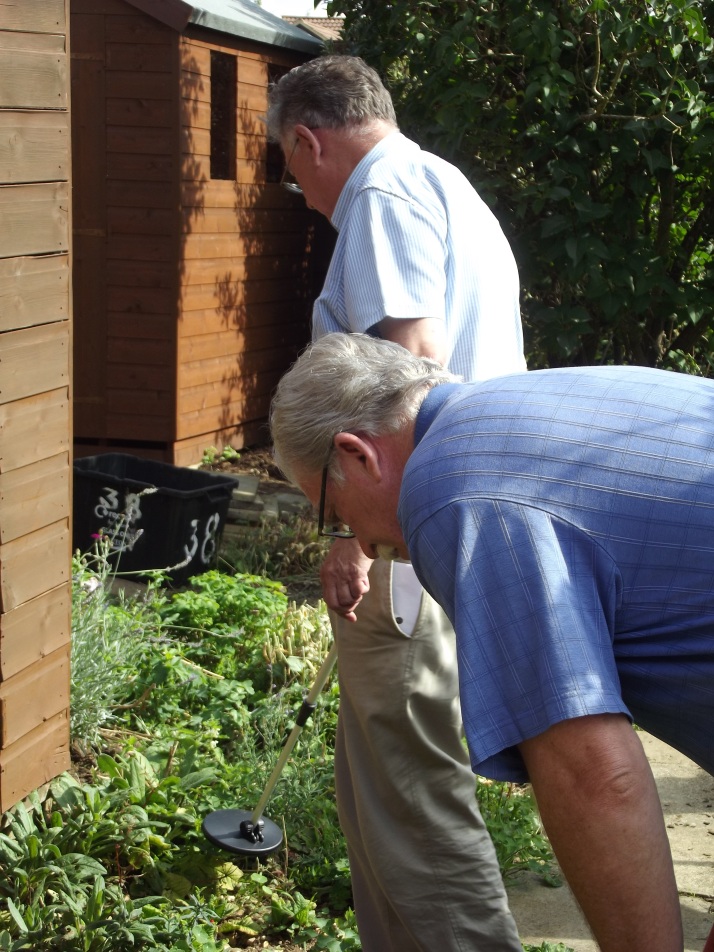