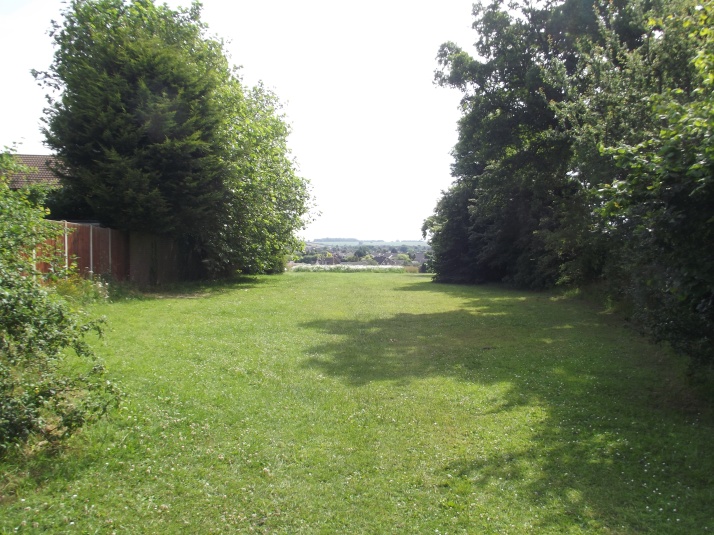 The view above shows the approach to the first of the meadow plots, which has been called ‘A’. From this angle the first plot gives a pleasing view of what may be ‘things to come’.

The ten meadow plots are experimental. They have been sown with a variety of native grasses and flowers, many of which are bi-ennial (i.e. flowering in the second year after planting). If you look back at the pictures I took last year, you will be able to see the difference a year makes.

The plots are part of a major research project into improving urban biodiversity.

Luton Borough Council staff are cultivating a variety of seed mixes at this site and managing the meadows using different mowing frequencies. Researchers from Cranfield, Sheffield and Exeter Universities are monitoring the sites.

Here is the first of the plots up close: 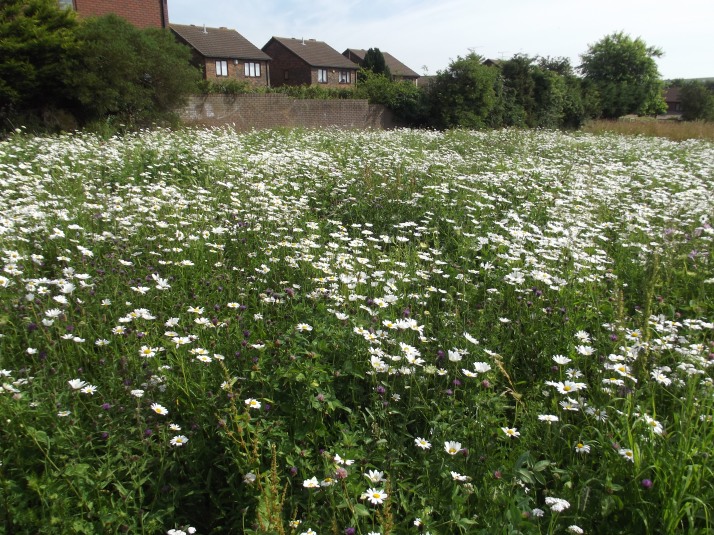 and the second (B). At first siting I didn’t like this one very much. It is brown(ish). After I’d studied it for a while, I decided I did like it after all but I wouldn’t want to see a whole field full of it. Of course that is not the idea. When the designers take over, there will be areas of planting and areas of mown grass because the object of the exercise is to create an urban environment which is beautiful and useful to people, animals and insects alike.

Plot B is mainly grasses, as you can see: 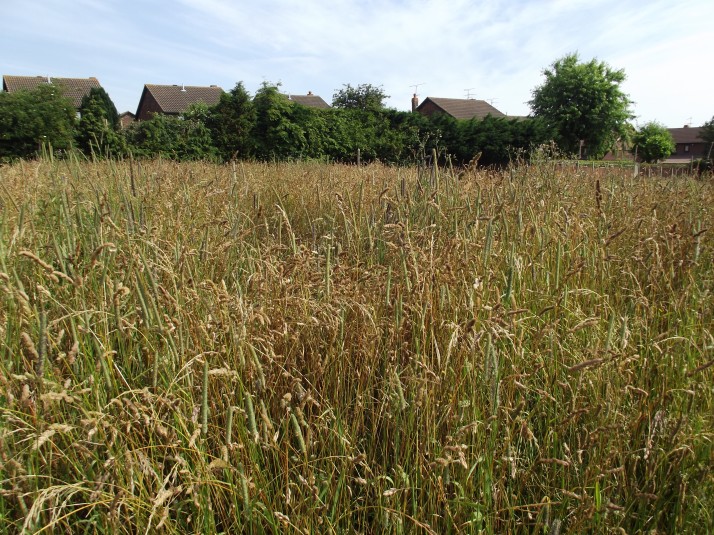 Next is plot C. This looked like a weed patch to me and I wouldn’t want to see more of it. However I’m sure there are plenty of insects who would not agree with me.

One of the considerations being taken into account is whether or not the plots are likely to attract unwelcome wildlife and/or litter. I think this one would welcome litter!

Plot D I thought was very nice. The plants were not too high, lots of variety, colourful and certainly popular with bees and flying insects. So plot D got the thumbs up from me.

Plot E on the other hand, was not attractive. Again it looked like a weed path; bearing in mind that a weed is just a prolific plant in the wrong place. Most of the plants in this plot were going to seed. There wasn’t much colour to be seen and I think litter would easily blow into it.

Plot F was a nothing sort of plot. I don’t know if that was deliberate, but I wouldn’t be surprised. I didn’t think it was an improvement on just mown grass.

Plot G was my favourite. It was bursting with colour and interest. On the downside the plants were big – taller than me, some of them and I’m 5 ft. 6 inches tall. A whole field of this selection would look gorgeous but be totally impractical I think.

Plot H was another no-no to me. Another weed patch in the making although there were some rather attractive field poppies in there. I think they had sown themselves.

When I counted the number of plants in each plot, I found that there were an average of six different varieties in each plot. I don’t know if that was deliberate but it probably was intended.

The intention is to cut all the plots down to ground level at the end of the summer.  This will encourage new and healthy growth to come in the new season.

So there we are. I may take some more pics before the end of the summer, but I doubt if they would be much different. If anything new happens, I’ll let you know.

Enjoy your environment as much as you can for as long as you can.