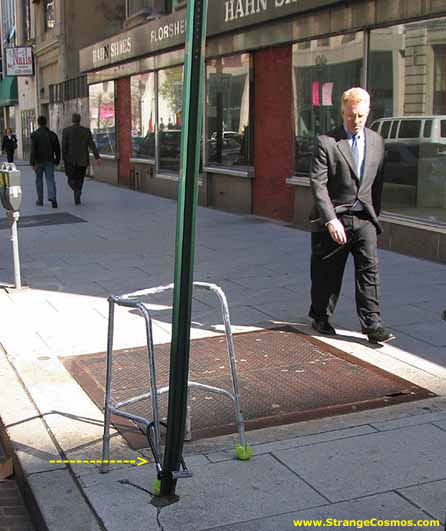 I have wanted to write a post about this subject for some time because it seems to get ever more relevant.  The older I get the more invisible I get, so it seems. Now this can have its advantages. I look so innocent that I feel like I could easily get away with throwing a brick through a window and then point to the ‘younger’ person next to me and say ‘he did it’! I think I would be believed. Trouble is I have no desire to do such a thing nor have I ever.

BUT life can be very frustrating when you are getting older. The first thing that springs to mind are the mobile phones.  These days walking through the town is hazardous owing to the large number of people who persist in talking on their phones whilst walking along in a crowd.  It is up to me to jump out of their way because they just do not see me.  I am totally invisible to them, so it seems.  I suppose it all comes down to respect. When I was a young person, I was taught to respect my elders.  That meant that I had to open doors for people who were obviously elderly, pregnant women etc. Anyone who was older than me had to be allowed for.  I looked forward to the time when I was older and someone would do that for me.

Well that time has come but now I discover that I am invisible and rarely does anyone let me go first if the pavement is a crush. Seldom do I get offered to step onto the bus first. No, it is very much a ‘take care of yourself’ society.  I wonder why that is. Perhaps it was the rise of feminism in the 60’s that started it off. No longer did some women want doors opened for them or seats given up for them.  What were they thinking of? I didn’t agree with it then and I don’t now.  Perhaps I am old fashioned.  I am feminist enough to want equal pay for doing the same job as a man, but feminine enough that I would love for a man to open a door for me, especially when I am loaded down with shopping and/or grandchildren.

When my hair started going grey, I dyed it. I don’t like the half and half look. However because I am blessed with a youthful looking skin, I am taken for younger than I am, usually.  So this year, after I turned 60 I thought I would let my hair go grey and see what happened.  Would I command more respect with grey hair? If not, what is the next stage? Perhaps buy a black stick with a silver top and wield that around in shops etc. I rather like the Dowager Duchess in the popular drama ‘Downton Abbey’. That’s my next look I think.

My hair is now natural looking, grey at the front and dark brown at the back. I’m still debating whether to leave it like that or sneak a bit of colour in. After all, grey is an invisible colour isn’t it!

So back to the invisibility. Do you suffer from that if you have reached that certain age? Does it bother you? Why do you think it happens?  Are we, as older people, getting in the way? If you are a younger person, do you make allowances for older people? or do you ignore them? treat them the same as everyone else? be extra caring.

What I hadn’t realised when I was young is that it hurts to be old. The bones hurt, the muscles hurt, everything hurts. It’s like you wake up in the morning and you think to yourself  ‘what’s going to hurt today”? It would be really nice to have one day totally without pain. I wish I’d known that when I was young. I would have been a lot kinder to my parents and other people who were aging.

I found this post, which is on the same subject and is very interesting (to those of us afflicted).