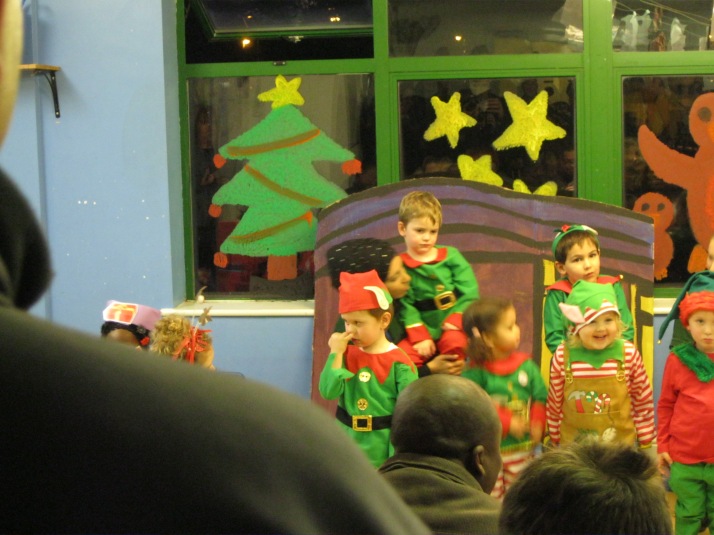 My grandson Dylan was a reluctant elf last week at his Nursery School’s Christmas pageant. There he is at the back, sitting on his teacher’s knee, not wishing to participate very much. Bless his heart, he is only three years old and it was all a bit much. He wasn’t the only reluctant elf either. There were several.

The play itself was lovely. One of the Nursery teachers told the story while the children played their parts. There were lots of parents there and a few grandparents who squeezed in at the back! With so many parents at work, I couldn’t help but notice what a good turnout it was and how delighted the parents must have been to see their children looking so cute.

Of course it was a different story when Dylan got home. Back in his own environment he was happy to pose for a picture in his elf costume. 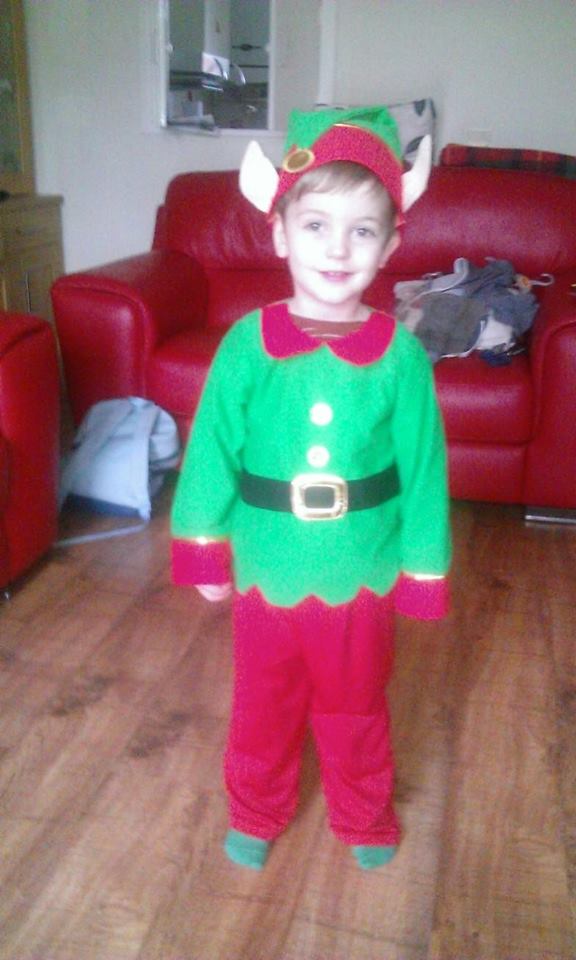 When my children were little there weren’t any ready-made costumes to buy. Now there is a very good selection in Sainsburys (my local supermarket) with everything from a costume for Mary to a big gold star. Amazing! Again, we live in changing times and with so many mums out to work and many of them the breadwinner, they don’t have time to make costumes for their children themselves.

Christmas is a time when it is really the little things in life that matter so why don’t we try each day to make someone else’s life a little happier? A smile to a stranger or an unexpected wave of greeting to a neighbour may brighten someone’s day.