Tuesday was baking day at the cottage. I decided to make some bread. 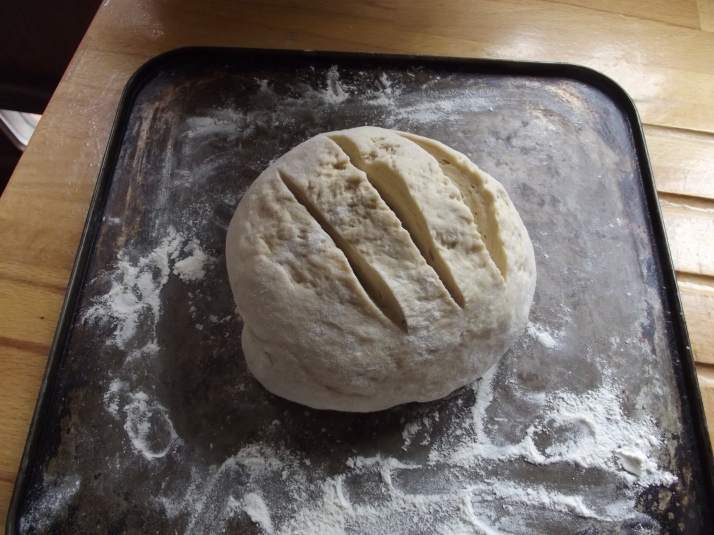 Sadly, it was  the day after Mrs. Margaret Thatcher died. R.I.P Margaret. She was a strong leader, liked by some, hated by others. Me? I liked her very much.  I didn’t agree with everything she said or did but she never faltered. I feel safe with people who make up their minds and stick to it. Thanks to Mrs. Thatcher, my mother was able to buy her own council house (social housing dwelling) after paying rent for forty years. At the grand age of 62 my mother got a mortgage and actually owned her own house! She was so delighted with it and that finally she had something to leave to me (her only daughter) when she died.

Unfortunately, that was not to be because my mother got very sick and had to go into an old folk’s home. They took all her money except for a small amount which was left when she died a year later.

However, owning her own house gave my mother such pleasure and it was all because of Margaret Thatcher. 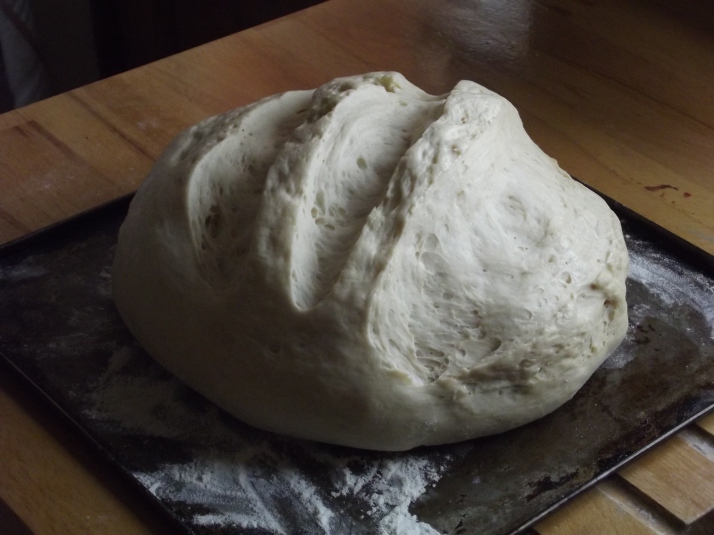 I cooked the loaf in my gas oven at Gas Mark 7 (very hot) for 30 minutes but the gas must have been high on Tuesday because it caught a little on the top. Next time I’ll move it down a rung.

It didn’t alter the flavour though and we are still enjoying it today (Friday). Almost gone now. 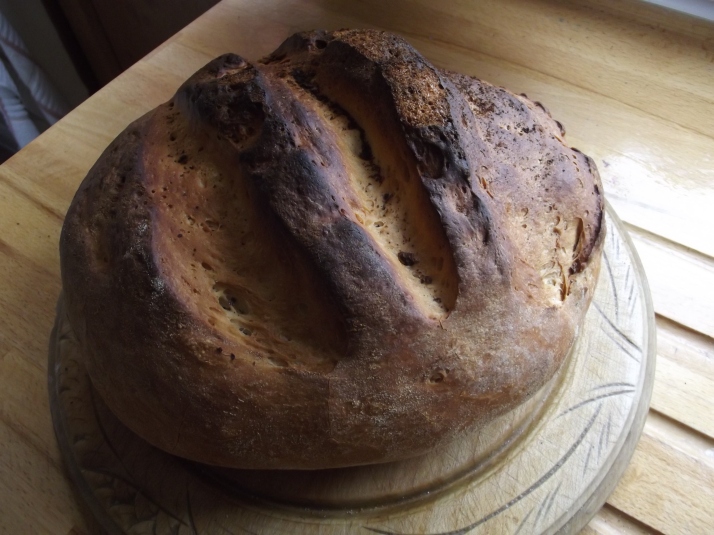