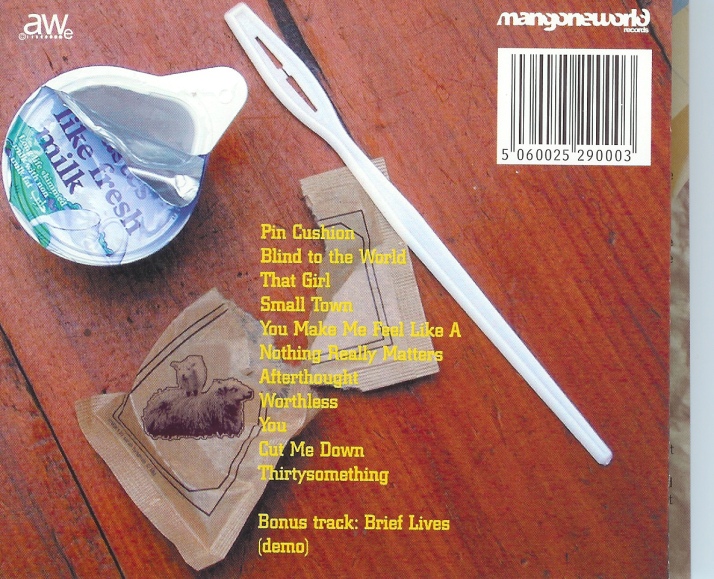 If you’ve been following these posts you will know that Starlight Promotions diversified. We added an Indie Record Label to our catalogue and made our first CD: ‘Universal Understanding’ by the band Grief Society.

Once we had the CD at the manufacturers, life got exciting. Just think of the work! The songs had to be written, learned, performed, recorded, set to CD. A barcode had to be found. Barcodes don’t just drop out of the air. There is paperwork!!!! Above is the backside of the CD cover, complete with barcode. The barcode starts with a 5 denoting that it is European. To be sold in the U.S. it would need a different number. If I remember rightly, it is 9. Look at one of your CD’s and see if I’m right (those of you in the U.S.)

Once we had our initial run of CD’s, they needed to be promoted and distributed. We are in the 1990’s  here! One of the ways of doing this was to market them around the record shops.  Record shops? you ask – what are they? At the time there were lots of them and what better way to spend a Saturday afternoon than trotting round the town seeing who’s about and what is new. Distribution involved legwork. We managed to get a few copies into some edgy London record stores on a ‘sell or return’ basis.

Of course the band has to play its part.  They have to perform their songs over and over and get their followers to buy a copy of their CD. Everybody gets involved. It’s as successful as the amount of work you put in to it. The design of the CD cover is important. If you hire a designer, it’s expensive. Luckily we knew one – a good one as you can see.

At the time this CD was coming out, people had started downloading music bigtime; so that was another avenue we could explore. We contacted CD Baby in America and sold some through them. They pay in dollars but we soon discovered that once the dollars are converted to our local currency, the profit is lost. Downloading music for free became endemic. I can see how one download hurts nothing. It is a good way of promoting the music but to give away a whole CD’s worth of music, is just not on.

Search engines sprung up, scooping up all the music they could find on the Net and playing it for download and listening all over the world. How did they get paid? Advertising, I suppose. Undaunted I decided to launch another website, just to promote the new bands and to sell their CD’s legitimately. I’ll tell you about that next time.

For now I’ll leave you with the thought:’ Never take your music for granted. It is hard work to produce new music and really does deserve the money you pay for it.

Here’s another track from the CD, it’s called ‘That Girl’. You can still buy the CD from ITunes. Search on ‘Grief Society’.