Hip Hip Hooray, Sammy is one today! Truly my cup is full and runneth over. Little grandson number 2 is one today and we’re just been out for dinner to celebrate the day.

Here he is on the new slide his other grandparents bought him for his birthday and later on, after he’s had a little sleep, he’s off to the playground again to have some fun.

His mummy is a teacher and therefore has this week off work so isn’t he lucky.

Sammy is such a dear little soul with a big dimple in his chin, just like his mum and his maternal granddad. He has his daddy’s curly hair and big blue eyes.

Below you can see a picture of Sammy’s daddy at the same age (on the left) and Sammy himself on the right. 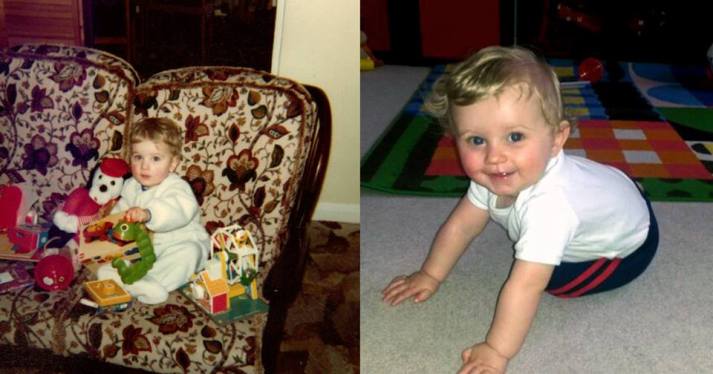 One year old is such a milestone, isn’t it.

4 thoughts on “Sammy is one year old today!”